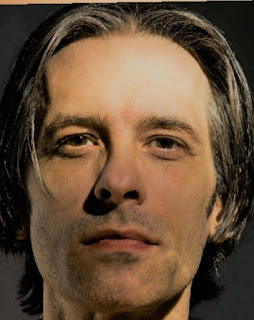 So, what’s the deal with this Erik T. Johnson guy? Why should I care?
Because reviewers have tried (and admittedly failed—in a good way), to describe Erik’s striking originality by comparing his work with such authors as: Arthur Conan Doyle, Chuck Palahniuk, Clive Barker, Borges, a sober William Burroughs, Shirley Jackson, Umberto Ecco, Barthelme, Philip K. Dick, and, Erik’s personal favorite: “Mark Twain as possessed by the future spirit of Harlan Ellison.”

If that sounds intriguing to you, you’ll almost certainly dig his writing.

He’s committed to creating literary horror/SpecFic (the phrases are interchangeable) of the highest quality and working as a force to build the literary SpecFic movement, so that it will be accepted as an intelligent and entertaining genre on a level with the best SciFi—which once faced the same challenges of literary horror but broke out of the ghetto to find a broader readership.

That sounds nice. But good intentions, you know the expression . . . Where can I find his stuff—where should I start?
Start with Erik’s short fiction collection, YES TRESPASSING, the definitive representation, to-date, of his literary horror/SpecFic output. It’s garnered amazing press, and a look at Amazon ratings shows readers have been equally enthusiastic about his book.

THIS IS HORROR UK wrote: "YES TRESPASSING is “a magnum opus of staggering proportions . . . One of the best, most beautifully written collections of this or any other year. Erik T Johnson is writing at a level that all authors, new and veteran alike, should aspire to. Because what Johnson has achieved with YES TRESPASSING is nothing less than absolute greatness.” 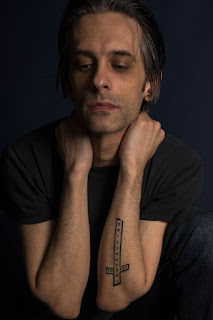 Erik’s collection was called “electric” by Malerman; J. Daniel Stone, author of Blood Kiss and Lovebites and Razorlines said "Erik T Johnson is insanely gifted, and YES TRESPASSING is the proof. You can't get these stories out of your head.” Michael Bailey, Stoker-Winning editor for Written Backwards, who published YES TRESPASSING, stated that he did so because “this book will change you.”

John Boden, respected author and former managing editor at Shock Totem, said that YES TRESPASSING is “Weird fiction at its gonzo best" and "Brilliance unfettered and unscarred by convention."

YES TRESPASSING is the best place to check out definitive examples of Erik’s ever-progressing work to-date. Then pick up the #1 Amazon bestseller, five-novella collection from Grey Matter Press:  I Can Taste the Blood (alongside Josh Malerman, best-selling author of Unbury Carol and Bird Box, and John F.D. Taff, Bram-Stoker-nominated, bestselling author of The Bell Witch and The End in All Beginnings). 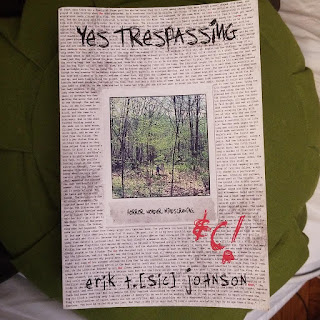 What’s coming up next for Erik T. Johnson?
Erik is most excited about THE FOUR: A band of writers (Don’t worry he assures me, they’re working out a really cool band logo right now as you read this).

“We’re  approaching our projects as a rock group would albums. Every book by THE FOUR will be like a record, each consisting of four songs—a novella by each member. Novels are a possibility in the future—in fact, the possibilities are endless.

An outgrowth of the successful  I Can Taste the Blood format, THE FOUR is currently wrapping up their next release, I Can Hear the Shadows.

“Josh, John, Dan and I are confident we’ve produced our best work to-date,” Erik told me. “We shared such an unprecedented, creative high while putting I Can Hear the Shadows together, that we’re already laying the groundwork for our second album. The enthusiasm is tangible.” 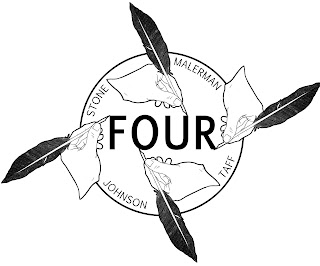 *
Erik T. Johnson is also among those featured in Firbolg Publishing's forthcoming BIRTHING MONSTERS, a book of creative writing and thinking about Mary Wollstonecraft Shelly (2018 being the bicentennial of her masterwork:
Frankenstein, or The Modern Prometheus).

This is going to be a gorgeous book. With an introduction by S.T. Joshi and contributors including  (but not limited to) such award-winning authors and poets as Lisa Morton, Bruce Boston, Jason V. Brock, Michael Bailey. Marge Simon, Robert Payne Cabeen, Brian Evenson, Eric J. Guignard, and Alex Scully and B.E. Scully, Johnson’s contribution is an essay with the enigmatic yet, he swears, justified title: The Necromantic Alchemist Victor Frankenstein Created by His Pagan God, The Creature.


Erik will be on hand for the book launch at legendary Dark Delicacies bookstore in LA on October 28th from 4 to 6pm.

Another cool thing: Robert Payne Cabeen produced much of the artwork for BIRTHING MONSTERS, including an illustration of Victor Frankenstein to accompany Johnson’s piece. He chose to use the author’s face for the good doctor:

Does Erik T. Johnson have anything else in the works?
Johnson, Stoker-Award-winning editor, and writer Michael Bailey, and Eddie Vitolo, an upcoming talent, recently finished a dark fantasy/Young Adult fantasy novel called SUNDAY. Planned as the first of a seven-part series, they are currently shopping SUNDAY around for a publishing deal. Feedback from peers and beta readers has been overwhelmingly positive.

Ok, can I move on to another website now?
WAIT! Real fast—Erik wanted to add that he’s grateful for anyone who takes the time to read his work, to spend the time reading about him in posts like this, and all the readers and writers who ’ve provided nice shout-outs over the past few years. And ESPECIALLY those who post Amazon.com reviews—it doesn’t take a minute, and if you like an author’s work, it makes a big difference to add a few more stars to their ratings! 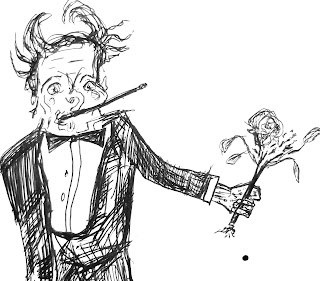 I Can Taste the Blood 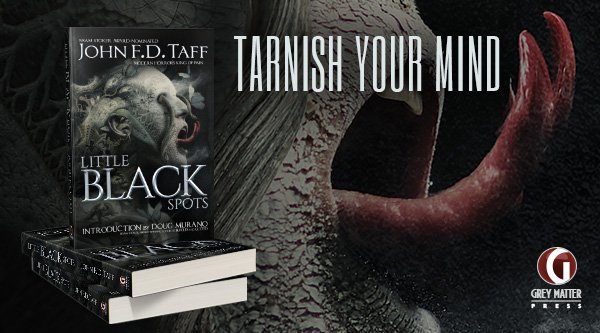 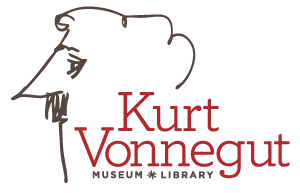 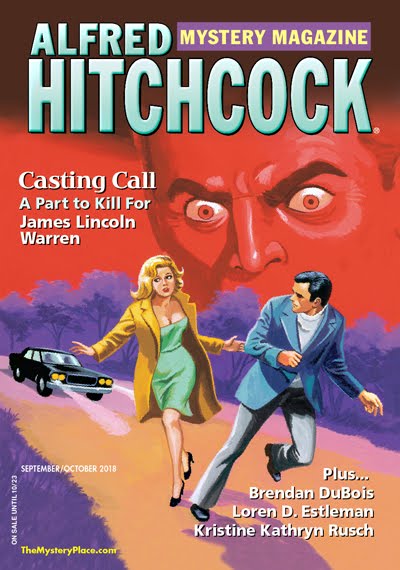